When I was in Turkey with the project ,,Let’s talk about Syria” I felt a little different. In Turkey everything was different. People, buildings and nature. But the most hard thing was to hear stories from Syrian students, it was heartbreaking.... This project was interesting, I’ve learned about people, I’ve understood that everyone is different, but at the same time everyone is the same. We should respect each other and be tolerant.
by Sabina 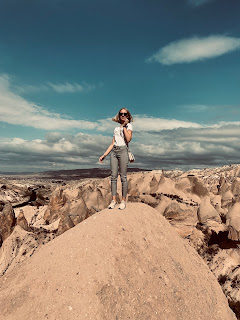 A week in Amaliada, Greece


In September we went to Greece. My host family came to pick me up from the hotel where our teachers where staying. They were very kind. Once we got to our house I slept for a little bit because I was very tired then we went to Kourouta beach. The next day we went to school we didn’t go anywhere but we learned what they do, learn and eat in school. Then in the afternoon we went out to eat. Then Tuesday morning we went to visit Patras city to see the museum, we came back in the evening. On Wednesday we went to Olympia, the  ancient place where the Olympic games started; there we saw the museum and all the old statues, stadiums then we went to eat at a café and went to go look around some shops. On Thursday we went to school again we got some presents for the presents and played with paint, in the evening I met up with Samanta and we went to eat at a restaurant. On Friday we went to see a show that the kids from school prepared for us, when we came back to our house we had to get ready for our farewell evening in school. It was very sad but fun we had food and danced. Right after the party and sadness we went straight to the airport.
at January 16, 2020 No comments:

The January Events took place in Lithuania between 11 and 13 January 1991 in the aftermath of the Act of the Re-Establishment of the State of Lithuania. As a result of Soviet military actions, 14 civilians were killed and 702 were injured.

In our school January 13th is ,,Defenders of Freedom Day’’. That day we are watching videos from 1991 January 13th day, singing Lithuanian national anthem and Lithuanian song called ,,Freedom“. After that we are going outside and we are burning symbolic bonfire, eating cookies and drinking tea. That’s how we are celebrating The January 13th.
by Kamila 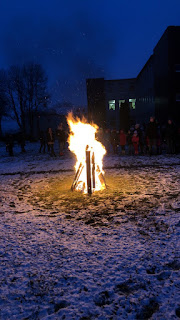 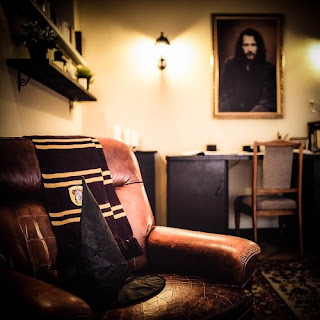 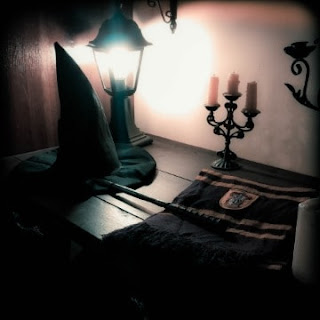 
In December our school celebrated advent, Every week we lighted on one candle. There are four candles in total. First week we talked about advent food and traditions and symbols. Most important symbols in advent is wreath, rose coloured candles which means that baby Christ was born. We also learned how to make advent wreath. It was really interesting and fun. On december 20 we lighted on forth candle. Every class celebrated last day at school before Christmas break.

I really liked the trip to Czech Republic. This project called „Digi schools”. There we had a chance to search things with GPS, to visit Czech Republic capital Prague, to visit Cesky Krumlov, to ride the train. I met bunch new people, the host family was amazing, I had a lot of fun with them and others. I want to thank my teacher that she took me to that trip, I also want to thank all my travel friends and host families that they made a fun week for me.
Hoping one day I will back to Czech Republic. 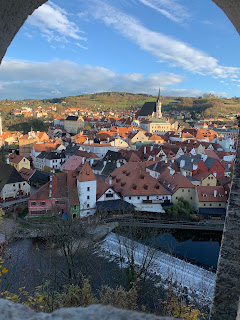 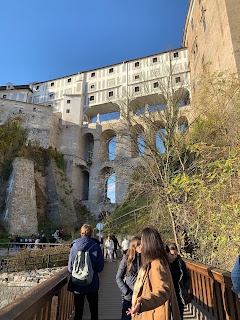 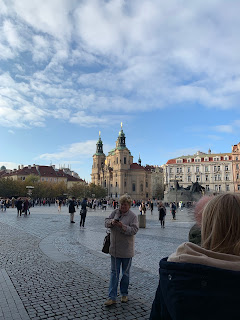 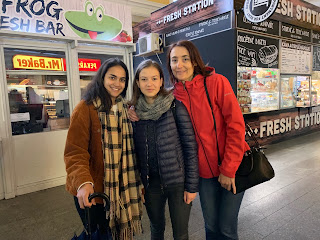